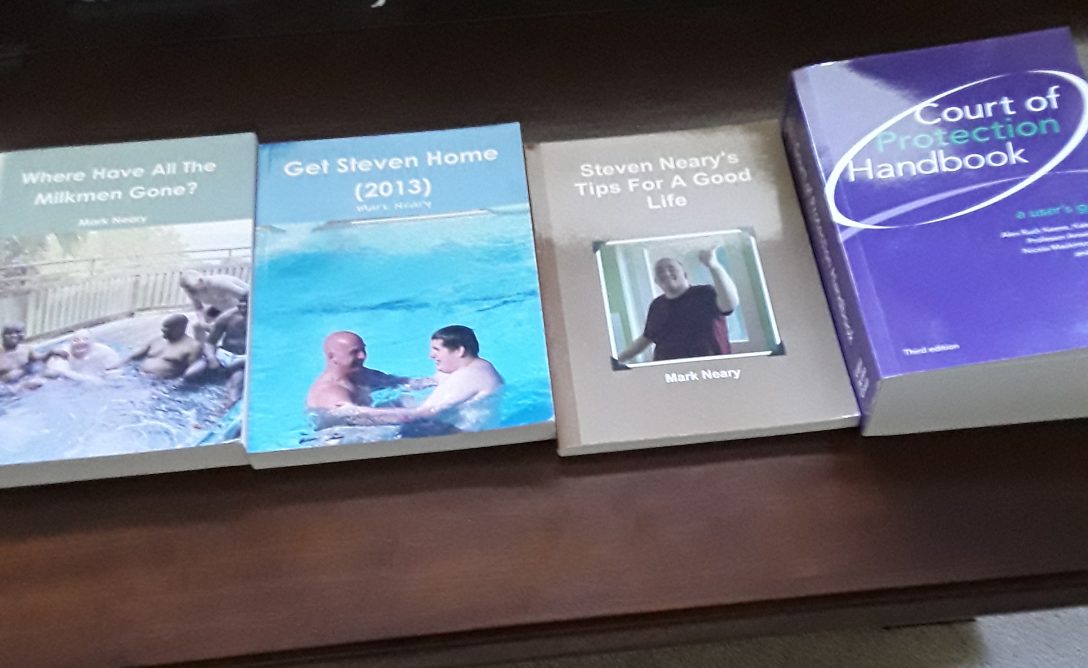 I’ve had a weekend long Twitter conversation that has driven me to distraction. Each tweet I’ve written has elicited a response that has absolutely no bearing on what I wrote.

But it’s been that kind of a week. I’m beginning to wonder whether I’ve flicked a switch in my brain where the result is I’m writing something completely different to the words that are in my head. Last week, I scored a hat trick.

An amusing one for starters. My sister text me on Friday morning to ask if I needed anything from the shop. Thinking ahead that Steven will soon start nagging to put up the Christmas decorations, I asked her to pick up a couple of packs of White Tac. Later my sister text to ask whether I wanted them delivered to my flat or Steven’s. I replied, “No hurry. Don’t need them until December. There’s a section of his ceiling where drawing pins don’t work”. She phoned me immediately. “I’ve got you four packets of white Tic Tacs. I assumed you were coming off the nicotine patches and wanted something to help with the cravings”.

A few days earlier the online Sainsbury’s order was delivered. It included one substitution. Steven’s usual bottle of bubble bath was out of stock. In its place, they sent an extra large bottle of talcum powder.

The weekend before last one of the support workers offered to touch up one of Steven’s bedroom walls. I ordered one tin of grey paint to be delivered last Monday. For some reason Wicks cancelled the order and I couldn’t reorder until the refund was credited to my account. I reordered the paint to be delivered on Friday. Around lunchtime the support worker phoned me to check whether I’d changed the order. Instead of delivering a tin of grey paint, they’d delivered four sheets of hardboard. 4ft by 3ft. Currently standing in Steven’s hall. As things stand today, they’re refusing to issue a refund as their records show the paint was delivered.

To round off a week of me questioning my sanity, I was doing Steven’s weekly tape with him on Saturday afternoon. We were having “a massive laugh” because Steven likes to change the lyrics of “Where do you go, my lovely?” to “Where do you go, my Lumley?” in honour of one of the soldier boys in Camberwick Green. During the second chorus I thought “what’s that smell? It smells like paint”. I went to trace the source and found Michael, the support worker merrily painting Steven’s bedroom wall. He’d found half a tin of paint in the shed, leftover from when we decorated in February after finally getting the mould sorted.

I don’t think I’ve lost the capacity the string a coherent sentence together. But I’ll mull it over whilst I’m hammering a Tic Tac into the wall so I can hang the advent calendar. That may be hard work, so I might need a nice relaxing bath of talcum powder afterwards. And then I’m going to build myself a shelter out of four sheets of hardboard to hide in whenever someone on Twitter suggests I need a mental capacity assessment.